In this film musical, tragedy strikes a typical American suburb when 14-year-old Sam Bradley commits suicide after being repeatedly bullied in school on suspicion of being gay. The press descends on the town, leaving Sam’s parents and their community scrambling to find someone to blame and some way to move forward. BULLY has been much anticipated since Broadway World first celebrated the concept cast recording for “relevant and timely themes, an intriguing score, and remarkable talent behind every aspect of this musical.” Since its Houston premiere, the film has been screened at and awarded prizes by film festivals around the world. 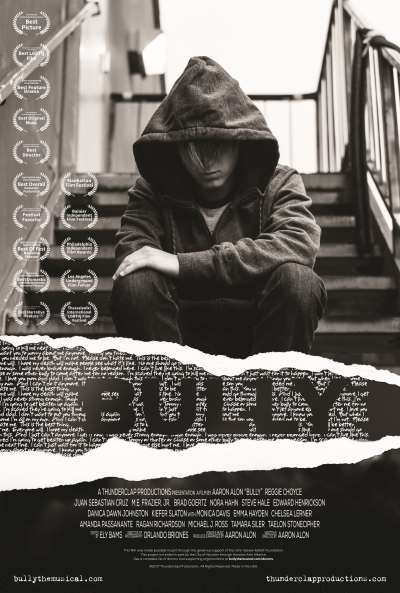 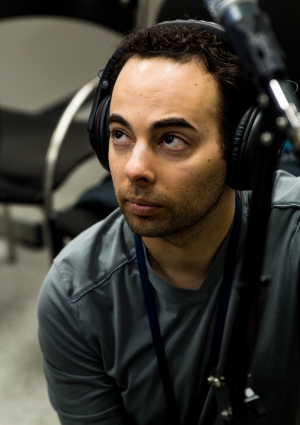 When young people commit suicide, their voices are lost to us.  Most of us will get only a brief glimpse into this young person’s world through news coverage – stories that capture the sensationalism but not the humanity of a life lost.  And as the press moves on to the next story, the next headline, we forget and leave behind a group of people whose lives are inexorably changed.  In this film, the production team seeks to look deeper into these stories, to see what’s hidden behind the momentary news coverage.  We see the events leading up to the suicide of 14-year-old Sam Bradley and the aftereffects on his family, his town, and even on the bullies whose torment he sought to escape.  By looking deeper into his life, the lives of the bullies, the decisions of the school administrators, and the layers of bullying that permeate his world and the world of those around him, we can engage in a deeper conversation about the systemic problems that lead to this senseless loss of life.  Sam only speaks one word throughout the film, because when young people die, their voices are lost forever, usually before they were ever really heard.  This film is a musical, and it uses words and music to take us inside of Sam’s life and the lives of those around him.  The song sung at Sam’s vigil is a plea to those who are moved by the message of this film: “Raise your voice.” 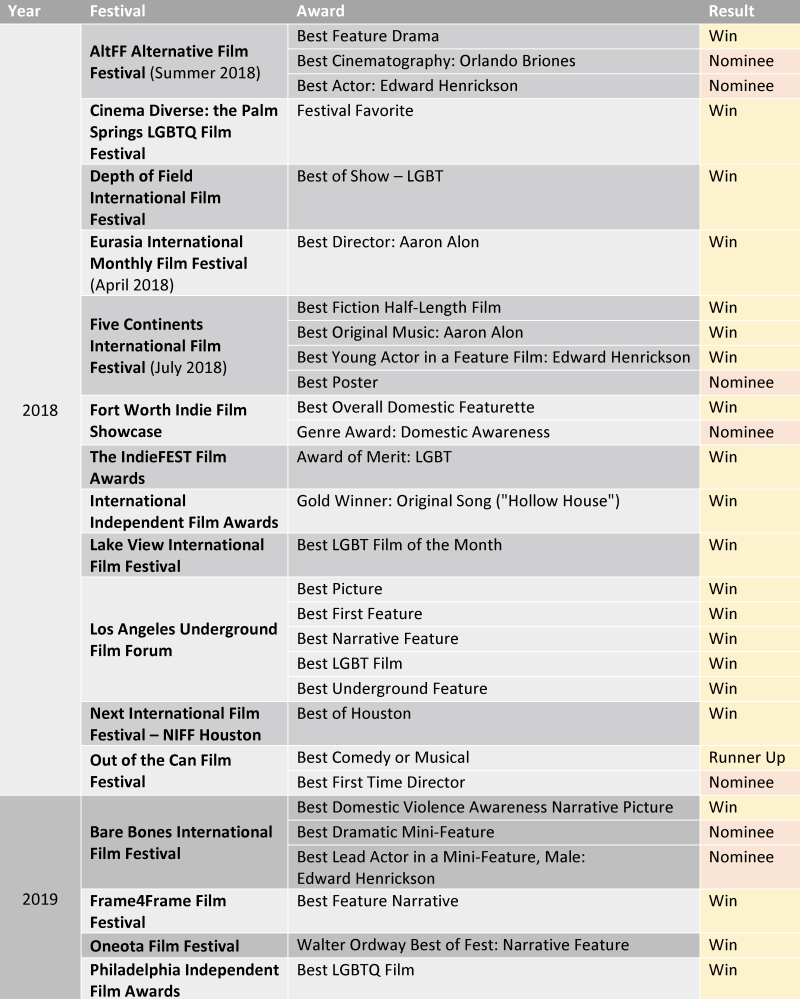 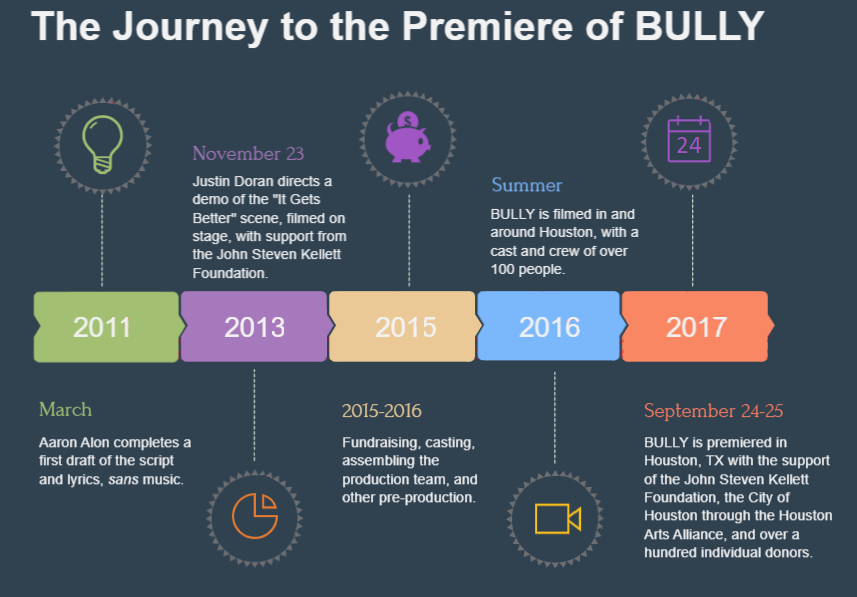 Aaron Alon first conceives of the musical and, in March 2011, completes a first draft of the script and lyrics, sans music.

Thanks to a grant from the John Kellett Steven Foundation, Thunderclap Productions produces a concept cast recording of highlights from the musical and a promotional video of a staged version of “It Gets Better,” directed by Justin Doran. (Concept cast audio and video)

BULLY is presented at the 2014 annual Creating Change Conference (February 1) and the “It Gets Better” scene is premiered at the Brazos Valley Pride Film Festival (April 26).

Thunderclap Productions decides to move toward a feature film version of BULLY.

BULLY is cast and a production team is selected.

BULLY is filmed in and around Houston, Texas.

BULLY is premiered in Houston, Texas (September 24-25).  The completion of the film and premiere are supported by additional grants from the John Steven Kellett Foundation, the City of Houston through the Houston Arts Alliance, and over a hundred individual donors.

BULLY is screened worldwide and wins over 20 film awards.

The film is released on DVD and digital, and the soundtrack is released in a newly remastered recording.

Buy the DVD or CD

In the locker rooms, Sam Bradley, a 14-year-old high school freshman, follows a daily routine at the end of gym class to change his shirt and leave the locker room unnoticed.  One day, he inadvertently ends up staring directly at three bullies – Tommy, Hunter, and Chase – as they exit the showers.

Sam’s home life is difficult. He hardly speaks to his parents and he sees that they’ve fallen out of love (WHEN). Meanwhile, Chase and Tommy come to Chase’s house to find his mother, Mrs. Cruz, passed out in front of the house from popping pills prescribed to her for pain.

Back in the hallways of the school, the three bullies circle in on Sam, call him a “faggot,” and beat him up. (THE BULLIES’ SONG) Sam is too afraid to name his attackers and the guidance counselor, Mr. Ross, laments the school’s slap-on-the-wrist response to violence.

At Hunter’s house, his parents are arguing furiously and getting violent. Hunter locks himself in his room and sings a hard rock song of unbridled youthful angst. (HUNTER’S SONG) Back at the Bradley household, Sam’s father tries in vain to talk to him. After Mr. Bradley leaves Sam’s rooms, Sam speaks his only line of the film: “Night.”

When the security cameras identify the bullies, Tommy’s father attacks him. Desperate to stop the attack, Tommy pleads that they only did it because Sam was “looking at us.” His father is instantly uncomfortable and angrily storms the principal’s office, saying that they need to let boys be boys, and that without fighting, they’d breed a bunch of sissies. (START RAISING MEN)

The bullies have been suspended. Sam nervously steps off the school bus, where he’s confronted by Tommy, who tries to warn him that he can’t act like that at school or he’ll keep getting beaten up. Sam is too terrified to listen and runs for his life. Tommy grabs his backpack to try to stop him, but Sam slips out of it and runs toward his house. With the bullies’ taunts still ringing in his ears, he rushes into his house, feverishly writes a suicide note, and shoots himself in the head with his father’s gun.

We pull away from the action to hear four people’s IT GETS BETTER stories of moving from suicidal thoughts in childhood to rich, fulfilling lives in adulthood.

Back at the Bradley household, the police have just left, leaving Mrs. Bradley feeling like her home has become a HOLLOW HOUSE. The press has already descended upon the town and has become the new bullies. Hunter and Chase’s mothers meet with the principal and guidance counselor to discuss how to handle the press. The mothers make tearful apologies for their sons, taking the blame themselves for their sons’ difficult childhoods. (HE’S A CHILD) Mr. Ross, the guidance counselor, is left wondering who will be next student to commit suicide without him seeing it coming. (WHO’S NEXT)

That night, people gather to mourn Sam’s passing and to hope for a better tomorrow. (RAISE YOUR VOICE) On the way back from the memorial, Sam’s parents are ambushed by the press, asking questions about Sam’s sexual orientation, life, and suicide. When one of the reporters asks Mrs. Bradley, “Can you tell us who Sam Bradley was,” the enormity of the word “was” floors Mrs. Bradley as her son’s death is suddenly made real and she’s flooded with memories of the boy she’s lost. (WAS)  The Bradleys escape the press, but the reporters have their story and they’re ready to move on to the next day’s sensationalism. (THE MORE IT BLEEDS)

Mr. Bradley tries to comfort Mrs. Bradley, but she pushes him away. Whatever tenuous ties were present in their marriage have now broken. Mr. Bradley feels angry at his son’s actions. (DID HE THINK)

Late at night, Sam’s memorial site is still. Tommy enters and returns Sam’s backpack. Suddenly overcome with emotion, he reaches down and destroys all the flowers.  He’s left on his knees, clutching the mangled flowers, saying only, “You did this.”

This film was made possible in part through the generous support of the
John Steven Kellett Foundation.

This project is funded in part by the
City of Houston through Houston Arts Alliance. 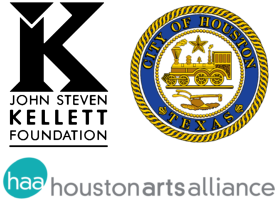 BULLY received the generous support of more than a hundred donors. Anonymous donors and donors who contributed under $25 are not included on this list, but have our deep appreciation for their assistance in bringing this project to life!

Are you missing from this list or do you want your name removed or edited?

This section includes resources that provide information on teen bullying and suicide, as understood when this film was released. This is not a scientific, medical, or legal document, so please confirm all facts yourself.

If you are contemplating suicide, please call one of these toll-free numbers for help: 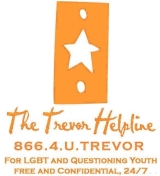 Bullying: What We Know & What We Don’t

Know the risk factors for teen suicide. These include:

How Does This Musical Address Teen Suicide & Teen Bullying?

Through this musical, we seek to encourage a national dialogue about the societal problems that are contributing to teen bullying and suicide. We hope that people will engage with the story and its characters, see this issue from numerous perspectives, and emerge with fresh thoughts about where the problems lie and what might be done to address them. The musical does not seek to provide definitive answers, but to bring important questions to light and to help humanize all of the different facets of this society-wide problem. (See the synopsis above.)

The team of BULLY would like to express our profound thanks to the grantors and donors listed above, as well as:

Those who allowed us to use their homes and businesses as locations:

Did We Miss You?

No film is made without the help of myriad people. If we neglected to include you on this list, please accept our sincere apologies and contact us, so that we may add you to this list to thank you for your generous assistance!